We Have Been a Contract Printer For Two Decades

So we understand what it takes to be successful long term

How We Can Help

Part of the secret is a great understanding from both parties on the process of moving an order from start to finish. Details such as the resolution of artwork and the best fabrics.

Being able to check order status 24/7 online like here (requires an account) updated every hour during office hours.

Not every shirt is the same. And not every printer is the same. PO's that are filled out accurately; with ship to address, quantity, colors, sizes, imprint location, firm in-hands date and decoration details; allow for a much smoother ordering process.

Our customer service team will send out notifications on your purchase order and assist you through the entire ordering process. It is important to check our emailed order approval & art approval - they work for both of us. It's part of the verification process to help avoid human error(s).

We request all art files are at least 300dpi (dots per inch) to size of imprint.

Why Hybrids ( OR DTG on one side and screen on the other side of a shirt ) don’t work:

1)  Difference in ink properties.  DTG water-based inks give a different appearance versus plastisol inks used for screenprinting.  Best example is painting one side of your car in a glossy finish and the other half in a matte.  It’s not a look that consumers want.

2)  Difference in ink colors.  DTG prints it’s colors by using white and then cyan, magenta, yellow, black, red and green.  Those are the only options whereas screenprinting inks are mixed out of up to 15 base colors.  And again because of a difference in appearance creating a plastisol ink to match a specific color created from DTG is a near impossible task for those demanding specific color calibration.

3)  Production conflicts.  Although every box is received and checked in at our main facility our crew identifies what boxes are destined for DTG or Screen production.  The DTG equipment is actually housed at a separate facility where that high end equipment has to be climate controlled in respect to both temperature and humidity.  The DTG orders are then immediately placed to be transferred to that warehouse to get in that production queue.  If it’s a hybrid, then the order has to sit in two separate production queues adding at least 5 additional days for production.  And in today’s just in time environment adding that much time just isn’t feasible for clients. 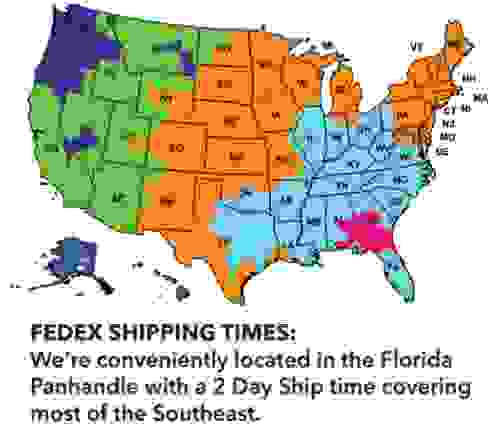